Why Everyone Thinks Their College was the Biggest Party School

Why Everyone Thinks Their College was the Biggest Party School 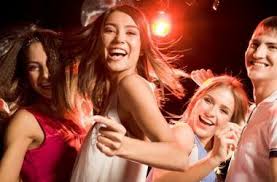 With the release of National Lampoons “Animal House” in 1978, the archetype of the party-school environment was born. Since then, there has been fierce competition for the pride and ignominy of being designated the nations top party school.

A party school is a college or university that has a reputation for heavy drinking and drug use among its student population. In 1987, Playboy magazine began periodically publishing a list of the top party schools. And more recently, the Princeton Review has included party and sober schools in its  annual review of the best schools  in the U.S. Of course,  accredited online colleges do not  figure into  party-school rankings. Because being a top party school is a rather dubious honor, there are many reasons why students, faculty and administrators wish and worry that their school is the craziest.
The Basics
College drinking is incredibly common. If you have been a college student, even if you were underage at the time, chances are very good you went to a few parties and drank a few. In fact, statistics say you almost certainly drank too much.  According to the National Institutes of Health  (PDF):
These figures can be both surprising and alarming. While some determine a party-school classification to be an outward reflection of a healthy social calendar for students, others view it as a recipe for disaster.

There are certain factors that make a school more likely to encourage alcohol use, inadvertent or not, including:

Experts say that the best way to avoid falling into the college drinking trap is to stay home. Students who avoid the more tempting of college parties are more likely to remain sober, or at least less-likely to drink excessively. Choosing colleges that are strictly for commuters or attending accredited online colleges are other ways to limit exposure to a binge-drinking environment.A Backhanded Distinction
Some find the designation of being a top party school to be praiseworthy. In  this years Princeton Review, the University of Iowa in Iowa City was rated #1. Students find this a boon, as having an active nightlife for undergraduates is considered a major part of the college experience. But others find this classification embarrassing, and indicative of major problems. Administrators at the University of Wisconsin were horrified to see their institution ranked eighth on the compilation for 2013. They argue that the list hampers their attempts to curb underage and binge-drinking, and provides negative press for the state as a whole.Because college drinking is so common and has been for years, it is easy for you to think that your college was the worst. Perhaps your school made it on a list of the top party schools, or maybe it just seems that it should have. Perception is key, however, since you want your alma mater to be a place you can be proud to reference. And there are so many options for schools these days, from traditional universities to accredited online colleges. The ultimate college experience can give memories to last a lifetime. Hopefully you werent too drunk to remember.