What Makes Them Beautiful: A Peak at the Boys of One Direction

What Makes Them Beautiful: A Peak at the Boys of One Direction 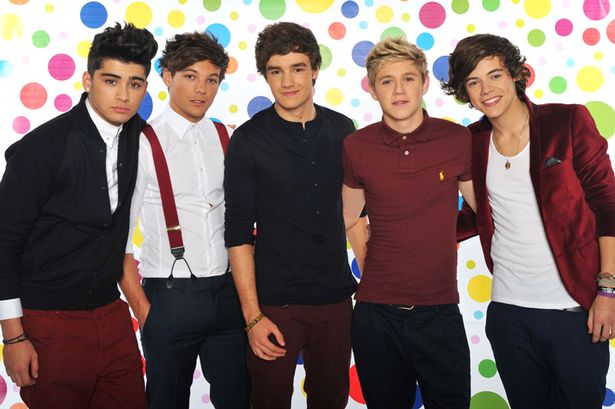 Think you know everything there is to know about One Direction? Think again. These little-known facts will help you get to know this incredible band way better than you ever thought you could.

1. According to Harry, the best song ever written is “Free Falling” by John Mayer.

3. Harry initially proposed the name “One Direction” for the band.

4. Harry is deathly afraid of snakes.

5. Before his X-Factor audition, Harry was seriously ill and was even briefly hospitalized; fortunately he was discharged with time enough to make it to the audition.

1. Louis first appeared on television at age 11, in the ITV drama “Fat Friends.”

2. Louis’ boyhood dream job was to work on a farm.

3. According to the other members of One Direction, Louis has the smelliest feet in the band.

4. Louis is the oldest member of the band.

5. Before his X-Factor audition, Louis worked several different part time jobs, including one at a local movie theater.

1. Liam met his current girlfriend, backing dancer Danielle Peazer, on the set of the X-Factor. They’ve been dating since 2010.

2. One of Liam’s kidneys is dysfunctional – so he has to be especially careful when it comes to alcohol.

4. Liam claims to have the best dance moves of any of the One Direction crew.

1. Niall is One Direction’s only left handed member.

2. Niall prefers to wear a set of white socks when performing – he says they’re his good luck charm.

3. Niall claims to only have ever read a single book – Harper Lee’s “To Kill a Mockingbird.”

5. Niall owns a life-sized model of President Obama – although he accidentally knocked one of his arms off!

3. Zayn can’t swim, and is terrified of open water – and especially of sharks.

4. Zayn is the band’s only smoker; however, he’s working to kick the habit.

5. Before getting on stage to perform, Zayn always brushes his teeth.