When talking about a perfectly put together outfit, accessories and fashion always go parallel. The type of accessories you select should improve the appearance as well as should complement your outfit. Accessories available for mens include everything belts, bags, jewelry, wallets, scarves and watches. 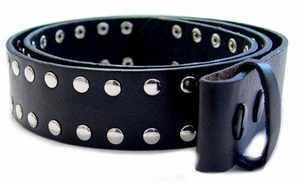 Men’s accessories are not as wide in range as compared to women. Apart from belts and bags rings, cuff links, and chains are the most used mens accessories. The young generation is quite stylish in their own way and wear bracelets and earrings also. But men’s fashion accessories especially belts and Bags add a style statement with sophistication to formal and casual wear.

Goods made up of leather are universal fashion statement and include   various types of bags which are used by mens such as laptop bags, sports bags, briefcase type bags and besides that leather products for men include belts, wallets, shoes and jackets which are designed in a very eye catching manner. Leather is very expensive but is the most used material.

The most commonly used belts are casual and formal belts, you use such belts to complement your clothes along with maintain your look and style. Men’s belts have different types of buckles attached to it and are generally prepared by leather.

There are also cheap belts made up of plastic or some similar materials which can be broken easily. It is very specific that every men owns a black belt as it is a must to have part of their wardrobe, black colored belts goes with very color combination depending upon the color of the buckle of the belt. The buckles are of silver and golden color both and silver is the widely purchase out of them.

Bags also play a major role as men’s accessories. The bags used by the younger generation boys are very stylish and are available in several patterns such as sling bags, waist bags, track bags, and many more. When talking about the bags to be used with formal or causal wear, messenger bags can solve the purpose.

Backpacks are the preferable option for travelling.   Unlike older people the generation Y does not use briefcases as they do not suit their style statement and look and are outdated. The bags look very versatile for example a brown or black combination messenger nylon or leather bag.
Men are equally concerned about their looks like women, so their fashion accessories must be versatile, as mens are very choosy about their outfits. Both the belts and bags should be selected of shape and color that makes your look more improved and interesting. There are many men who do not like to wear accessories.

There are several firms offering belts and bags for men online and offline making it easy for you to choose your requirement meeting material. The easiest way to shop is through online services like Belt N Bag which offer different types of belts and bags for me as well as other accessories.

One thought on “What are the different types of belts used by men?”