Should Beyoncé go to Kim and Kanye’s Wedding?

Should Beyoncé go to Kim and Kanye’s Wedding? 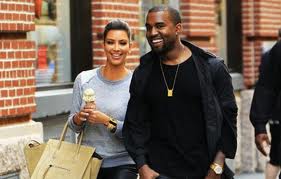 Some people use petitions to prevent crimes against humanity such as global warming and child abuse.  Others use them to try to prevent Beyoncé from attending Kim Kardashian and Kanye West’s wedding ceremony.

According to a report in the Huffington Post, a Change.org petition surfaced online titled ‘Beyoncé Cannot Attend Kim Kardashian’s Wedding’, and it did not take long to circulate round Beyoncé’s cult following and fan base.

According to the petition’s creator – John Barry, the main reason Beyoncé shouldn’t go to the wedding is that Miss Kardashian is famous for absolutely nothing: “Kim Kardashian and her disgusting family are known for their rise to fame for doing absolutely nothing”.  Fan response seems to indicate that the majority of Beyoncé fans would agree with Mr Barry, too.

If Beyoncé wants to keep everybody happy she is going to have her work cut out.  Her fans might not want her to attend the wedding, but her husband Jay Z will have the exact opposite opinion, being best friends with Kanye West: ‘Now we must do all in our power to stop Beyoncé from attending the god forsaken wedding, since her husband Jay Z is BFFs with Kanye he probably wants both of them to go’.  With that in mind Beyoncé might have to use all of her social media and people-pleasing skills to ensure that everybody stays happy.

Making decisions like these can be extremely difficult as a celebrity, as disobeying the will of your fans can lead to a mass exodus, and therefore significant drops in sales.  This is why many celebrities turn to advisors and the advice of clairvoyants and mediums (like the ones at Kooma).  In the end, however, Beyoncé didn’t have to make the decision as the petition was deemed a sham by its creator.

Mr Barry announced several days after the launch of his petition that it was a fake, and that he wasn’t bothered if Beyoncé went to the wedding or not, stating: ‘IT WAS A JOKE I DONT CARE IF BEYONCE GOES OR NOT SHE’S A GROWN WOMAN!!’.  Mature.