There are several parties and invitation where it is specifically mentioned that black ties are optional in which case many people prefer to wear tuxedo. But when such criterion is mentioned it indicates that it is not actually an option and the invitee is indirectly requested to make black his preference. Selecting the right pant and jacket while going for tuxedo is the key to appearing more attractive among the common mass. Moreover, wearing a tuxedo bow tie that perfectly complements the attire enhances the glamour level. However, in some cases some people are unable to reach a conclusion about which colour to go for. In that case preferring the black option is a safe and sure way to appear attractive. 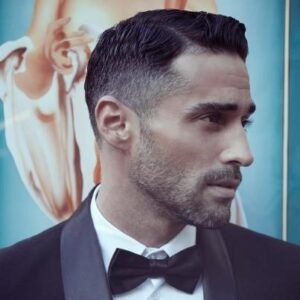 While most people prefer to wear their favourite jackets and suits to a party or an invitation wearing tuxedo attire and complementing it with a bow tie can make you stand out in a crowd and catch everyone’s attention. But it is not a decision to always go for tuxedo bow ties as it is necessary to know when to wear such ties. Once you have decided to go for a bow tie the next important consideration is the type and style which you would prefer to wear. These accessories not only make you look cool but also add a touch of smartness and casual appearance to your attire. It is a symbol of intellect and confidence which ranks high among most accessories of the modern generation. Through centuries the bow tie has evolved according to the preference of the common mass and is now a preferred accessory among rock stars, athletes, actors and many celebrities. Be it a birthday party or a marriage ceremony or simply a get-together, such an attire suits for all types of social events.

The perfect way to tie the knot

Opting to go for the tuxedo attire and a bow tie will not make you look attractive. Knowing the appropriate way to tie the knot for a tuxedo bow tie is the key to look perfect. There are several options for tuxedo bow ties such as the pre-tied option, the clip on option and the self-tied one. The clip on option is generally preferred for small children who find it quite tough to maintain the perfect shape of a bow tie but is least convincing among adults. The pre-tied is the one in which the knot is already sewn in place and is mostly used by those who are unaware of the perfect way to tie the knot. But for those who are experts in wearing a bow tie prefer to go for the self-tie knot. It is quite a difficult task to tie the knot in place but once perfected it is equivalent to wearing a pre-tied one. Often referred to as the freestyle or the classic style, tying a self-tied bow tie is a challenging task but to get an organic look it is worth the effort.