Keegan with Franco for the “The Sound of Fury”

Keegan with Franco for the “The Sound of Fury”

Some of the hottest and brightest stars in Hollywood are getting together to produce an adaptation of William Faulkners The Sound of Fury. James Franco has his hands full, leading the project as director of his second major motion picture and with an adaptation screenplay in the works. Franco recently brought on Pretty Little Liars star Keegan Allen to the cast. 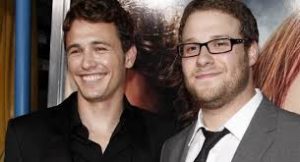 The Sound of Fury

The original novel written by James Faulkner is often likened to Shakespeares MacBeth, though the complexity in narration in The Sound of Fury varies wildly from the historical Shakespeare play. The Sound of Fury focuses on telling the story of a prominent aristocratic Southern family and its demise after the American Civil War. The story itself is told in four chapters each with its own voice. The family in question, the Compson family, includes the parents and three brothers. The story is told in the narrative of each of the brothers point of view. The final chapter is told from the point of view of the familys cook who helps raise the children. It will be interesting to see how James Franco interprets and adapts this iconic piece of American literature for the big screen.

A Look at James Franco

James Franco is probably best known for his roles in Spiderman and Spiderman 2 as the villainous Green goblins son.  Yet his first real acting job was for an NBC television series Freaks and Geeks that was cancelled after its first season but went on to become hailed as a cult classic hit. In 2006, after becoming disenfranchised with his own acting career he re-enrolled at UCLA as an English major with a focus on creative writing. He has since started teaching after receiving his MFA and is currently a doctoral student at Yale. Most of his directorial experiences before this project were directing short films, music videos for REM, and a 90-minute docudrama about the poet Hart Crane. His only other full-length feature film in the directors chair includes an indie film named Bukowski about the same author and poet. With a well-established actor, writer and acting academic behind the reins of this film it will be interesting to see how well it fares.

Actor Keegan Allen, best known for his work in Pretty Little Liars, was brought on to the cast of the Sound of Fury by James Franco and will be playing the part of the showman who runs away with the Compson familys young niece Miss Quentin. Keegan is best known as the misunderstood bad boy in Pretty Little Liars and it will be interesting to see him translate that role into the showman. Keegans other filmography includes Nickelodeon show Big Time Rush, and others show, such as CSI and I Hate My Teenage Daughter. He has also acted alongside James Franco and under his direction in Bukowski.

Many actors get their first chances at acting through signing on with notable talent agencies in Los Angeles and New York. The APA Agency is one of the best-known talent agencies in the industry with offices in Nashville, New York, and Beverly Hills.