iCraft has the perfect gifts for February

iCraft has the perfect gifts for February

February ““ it can be a difficult month to get through in the Northern Hemisphere. Although February is the shortest month in the year, it seems winter will go on for ever. Its cold, snowy and/or slippery and grey most of the time. February is a transitional month and its major holidays reflect this. From Groundhog day, to Valentines Day, to Sadie Hawkins Day, all these events represent reaching out, changing, growing, moving, yearning. There is change in the air this time of year and for certain we all need cheering up in February.

One way to cheer yourself up at this time of year is to look for handmade gifts at iCraft. Youll find unique handmade items for special occasions like Valentines Day or just to perk up your mood in this snowy chilly month.

Crafters also find this time of year very good for selling online, because so many people simply dont want to venture out to the stores.

Some special days in February

Groundhog dayis celebrated on February 2. According to folklore, if it is cloudy when a groundhog emerges from its burrow on this day, then spring will come early. If it is sunny, the groundhog will see its shadow, retreat back into its burrow, and the winter weather will continue for six more weeks. Hope springs eternal in February!

Valentine’s Day is celebrated on February 14. Whether you are in the “bah humbug” camp about this day or possess your own cupid wings, Valentine’s day is definitely devoted to love.This necklace from iCraft will be a perfect token of your love. 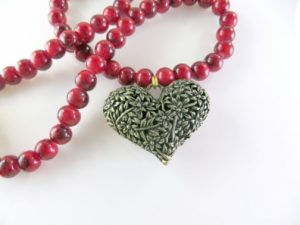 One theory about the origin of Valentine’s Day says that in the third century in Rome, Emperor Claudius II decided that single men made better soldiers that men with wives and families to worry about. So he outlawed marriage for military men. (This does seem somewhat short-sighted thinking on his part!) The rebel priest St. Valentine defied Claudius and continued to perform marriages for young lovers in secret. When Valentine’s actions were discovered, Claudius ordered that he be put to death.

According to another legend, Valentine actually sent the first ‘valentine’ greeting himself. While in prison, Valentine fell in love with a young girl (possibly his jailor’s daughter) who visited him in jail. Before his death, they say he wrote her a lettersigned ‘From your Valentine,’ an expression that is still in use today.

On February 29th (which only comes around every four years), Sadie Hawkins Day encourages women to reach out and state their desires, and even propose to men.Named after a fictional character from Al Capps comic strip Lil Abner, Sadie Hawkins Day celebrates role reversal by “˜permitting women to take the lead in pursuing men, even to ask men out on a date or (oh my!) propose marriage.

February 29 is also important for women thanks to an Irish tradition from the 5th century calledSt. Bridget’s Complaint. St. Bridget complained to St. Patrick about women having to wait for so long for a man to propose. Legend has it that St. Patrick said females could propose on this one day in February during the leap year.

Could the man in your life possibly resist this ring from iCraft? 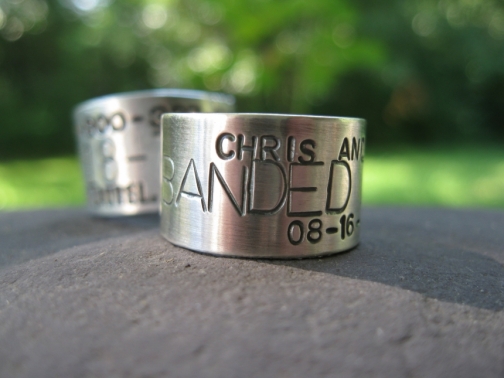 Take a risk ““ try something new, push the envelope, the 29th comes only every four years!

Where I live, up in the cold regions of North America, the Earth begins to stir just a bit during February. Everything is still held in the grasp of snow and ice, yet February can also be seen as the gateway to March and the beginning of Spring. Occasionally at the end of February, if youre in a sunny spot out of the wind, you can almost imagine that the sun is gaining strength, day by day. The days are also getting longer, which in itself cheers up the most down and moody of us. Hold firm in February, Spring is on its way!