How Icelandic Fashion Designers are Rock in the Rock Chick Look

How Icelandic Fashion Designers are Rock in the Rock Chick Look 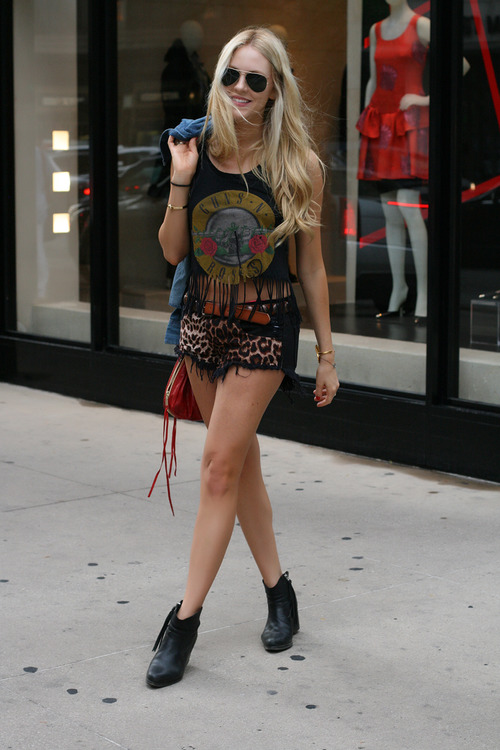 The ‘rock chick’ look is something that nearly all women have tried at some stage in their lives, teaming their favourite silver jewellery with their best leather jackets and ripped jeans but it isn’t always easy to pull off successfully.

It’s not as simple as just wearing black and putting on what some might say is an excessive amount of makeup, you need to ensure that you keep the look consistent throughout and that can mean mixing and matching the items in your wardrobe until you get it right – you can’t just throw all of your black items on at once!

While some make it look easy – almost effortless – turning up for a night out or even a day at work in their best leather jackets and heavy metal tshirts, others tend to struggle to find the ideal finishing touches because they just don’t shop anywhere that sells items to create the rock look they’re after. In Iceland, however, it’s a different matter as plenty of designers specialise in the rock and even gothic looks that are a bit different to what you would find on the high streets around the United Kingdom for example.

The likes of Icelandic fashion designers Kali and E-Label specialise in a combination of black and vibrant colour schemes throughout their range, particularly the items they sell on the LastaShop website. They give their customers the ideal opportunity to obtain the ‘rock chick’ look they’re craving, and also the more colourful look they might look for at other times to ensure that the rock-theme has more of an impact.

These designers, and they are just two of many from the nation hidden away at the top of Europe by the Arctic circle, have honed their design skills over the years based on their own passions with Kali in particular showing that she has more than one string to her own bow. Svala Bjorgvinsdottir (to give you her real name), is the lead singer in a rock band called Steed Lord when she’s not designing her amazing outfits, with the band having shot to fame in Iceland in particular back in 2000 with their track “The Real Me” – which even reached the United States – and going on to travel around the country and other parts of Europe ever since.

This has enabled Svala – or Kali – in particular to expand the reach of both her fashion range and the band, taking in parts of America – where she now lives – and learning about the rock look from the established names while holding onto her own styles and producing innovative and unique designs that have made the Kali range famous and helped to put Iceland and the nation’s range of young, up-and-coming fashion designers on the map and helping them to gain a foothold in the rock-chick market which we all crave from time to time.