Grey’s Anatomy vs. Scrubs: Which is Closer to the Real Thing?

Grey’s Anatomy vs. Scrubs: Which is Closer to the Real Thing? 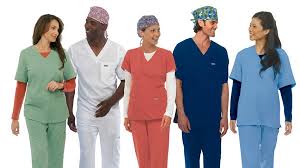 While  they  all  wear similar scrub uniforms, some of our favorite  TV  doctors and nurses portray their profession better than others.  Comparing television series Scrubs to Grey’s Anatomy might seem like comparing apples to oranges because Grey’s Anatomy is a drama and Scrubs is a comedy. Does either show  truly convey the reality of working in the medical workplace? Let’s look at some classic situations…

Love/Hate Relationships
Scrubs’ J.D. has a love/hate relationship with Dr. Cox. The”¯“My Fallen Idol“  (Sea.5/Ep.21) episode was quite poignant for a comedy. It’s the one where J.D. tells Dr. Cox he admired  him  and wanted to become the type of doctor Cox portrays. The show had all the makings of a funny one except for the scene where J.D. tells Dr. Cox he was proud of him. About the time you’re reaching for the Kleenex to cover this awwwww moment, J.D. spews a glass of scotch on himself.

Meredith: “… Your choice, it’s simple, her or me. …But Derek, I love you. In a …unfortunate way that makes me hate you, love you.”

The Real Thing:  How many interns fall in love with renowned brain surgeons?  A lot, no doubt.  How many brain surgeons care? Surgeons aren’t exactly known for on-the-job emotional depth; in the real world, Derek only wants a great OR experience.  Scrubs is  The Real Thing, because eventually, everybody squirts scotch through their noses.

Form and Function
Grey’s Anatomy medical personnel are emotionally all over the place in the hospital. The interns spend much of their time discussing how they feel, what they think, their personal and professional relationships. Brain surgeons deliver babies and neurosurgeons do tummy-tucks. Scrubs’ medicine is  “dead-on,”  because the show’s internists diagnose and surgeons operate.

The Real Thing:  Interns don’t have enough time to feel or think or be anything except tired, let alone discuss their family of origin issues when they meet in the utility closet. Again, Scrubs is reality-based.

Then, in contrast, have a look at Scrubs’ J.D. in the elevator on  YouTube.

For medical personnel who ride elevators every workday, the scientific”¯odds  of ever being trapped in an elevator are once in a lifetime. So, your chances of being trapped in a broken elevator with a heart patient are nil. From a percentages standpoint, the odds of riding in an elevator with your current and ex-girlfriend AND ex-wife at the same time are quite low unless it’s at a funeral. Marriage proposal and smooching in a hospital elevator? Now, that makes sense. But seriously, how many times have you done a song and dance in an elevator? Haven’t we all?

The Real Thing:  Scrubs’ Dr. John (“J.D.”) Kung-Fu Fighting elevator scene tops all of Grey’s Anatomy elevator scenes, although Derek in the elevator with his current and ex-lovers was pretty funny.

And the winner is . . . Scrubs! The show went off the air in 2010, and Scrubs fans did not transition over to Grey’s Anatomy lightly, because . . . well, it’s like comparing apples to oranges. For medical hospital workers, Scrubs’  comedy “¯came  closer to being reality-based than Grey’s Anatomy drama series.

One thought on “Grey’s Anatomy vs. Scrubs: Which is Closer to the Real Thing?”