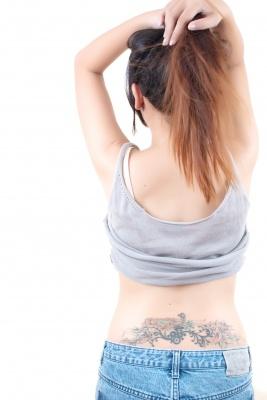 Tattoos are a large part of nearly every culture. Some people covet tattoos while others look on in despair. The culture of tattoos goes back hundreds of years and is a deep part of some societies around the world. When somebody gets a tattoo they generally get it for a reason, and if they didn’t, it probably plays a significant memory from that era and because of that tattoos can become a very emotional part of somebody’s life. Removing them is no easy task for the practitioner or the patient but what is great news is that removing a tattoo is a safe and successful procedure.

Getting Rid of a Tattoo

Some people try to remove their works of art themselves which can be a painful experience often leaving scars and skin disorders as well as infections and other nasty open wounds and burns you definitely don’t want. Some of the many techniques that people use to try and remove their own tattoos include pouring acid on themselves which can cause the skin to blister eventually removing the tattoo but also leaving large scars on the person’s body. Other strategies include dermabrasion and surgical, both of which leave scarring and some attributes to the tattoo itself. At this stage you are probably thinking that removing a tattoo isn’t as straight forward as you had hoped and the results don’t sound too promising, but you do have one more option. 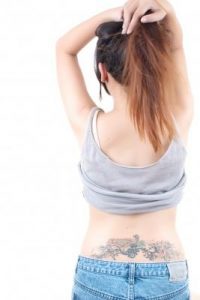 Tattoo laser removal is currently one of the most successful procedures to remove a tattoo. It is a simple practice that uses high energy to crack the ink, and not your skin, leaving the original look with no after-marks. According to laserase.com, some tattoo removal companies use low-end machinery that doesn’t penetrate the skin correctly, leaving poor results. Laserase recommend that you take a look at the machine beforehand and they note some of the signs you should look out for including a flexible plastic sleeve and if the removal machine looks like a photo copier you aren’t getting the real deal so be vigilant when choosing your practitioner.

But the best thing is to really know what tattoo you want in the first place and, much like where the origin of tattoo art started, you also must be you must be comfortable with a tattoo there for the rest of your life. The same website shows lists of popular tattoos that people get removed regularly such as the sons of anarchy tattoo and a Netflix tattoo and this was without searching too hard for people who have regretted their tattoo so I am sure there are loads more out there.

Tattoos are good, but depending on what tattoo you choose or where you choose to put it on your body, they could have a lasting effect that you didn’t particularly want, causing you to regret the decision and end up having to remove your ink for good.