5 most expensive Cartier watches of all time

5 most expensive Cartier watches of all time 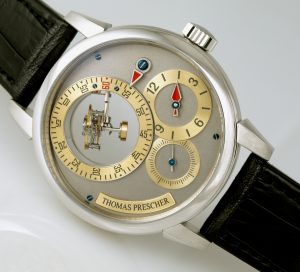 Since Cartier was founded in the mid-19th

that are highly sought after. Not only have celebrities both past and present owned Cartier

1902. As with other luxury watch manufacturers, there are some Cartier models that are

particularly valuable. Here are five of the most expensive Cartier models in history that watch

Shaped like a phoenix, the Cartier Phoenix DÃ©cor Secret is made out of white gold. This

watch also consists of 18 carats and it is plated with rhodium. Unsurprisingly, it is worth a

lot of money. In fact, its valued at $2.76 million and is bound to be worth even more in the

future, especially as its combined weight comes to 80.13 carats.

One of fifteen watches that were made by Cartier and valued at $500,000, this watch

has a platinum case. The Cartier Extra Large Tortue High Complication Platinum has

an aesthetically pleasing appearance, largely because of its black alligator strap. Other

numerals. Not only does it have a high value but it can also be worn in formal situations

where it can match smart attire, such as a suit or a dress.

Just like with the Cartier Extra Large Tortue High Complication Platinum, this watch is

one of a handful of models that were made by this watch manufacturer. Only fifty models

being a much desired model. With a transparent case back, the Cartier Rotonde Tourbillon

Chronograph Platinum is also water resistant at up to thirty metres.

With a white gold case that weighs a total of 18 carats, the Cartier Extra Large 47mm Ballon

Bleu Chronograph Diamond is a wonderfully designed watch. Its bracelet is covered with

diamonds and, as with the aforementioned watch, it is water resistant at up to thirty metres.

be wound because it does so unaided. With a price tag of $233,000, this particular watch is

bound to increase in value, in particular because of the number of precious metals that are

With an 18 carat white gold design that has round diamonds, the Cartier Pasha 42mm

Diamond White Gold is valued at an astonishing $180,000. However, this isnt surprising

because it has a unique appearance. Its sapphire crystal casing is impervious to scratches and,

as with other Cartier watches, is water resistant at thirty metres. When watch buyers want

a unique Cartier model that is unlike anything else, they can own the Cartier Pasha 42mm

century, it has continued to make many watches

The following article was written by http://bqwatches.com. As a leading European watch